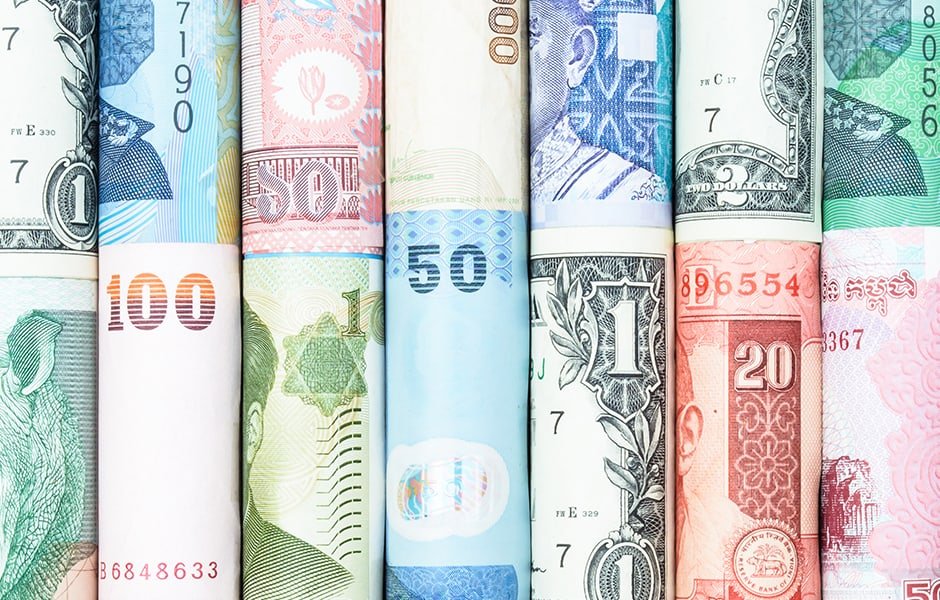 Realizing how interdependent and connected some markets are with one another, is one of the most interesting elements of forex trading. The situation of commodity currencies and pairings serves as the ideal illustration of this link.

Many of us were interested when we first learned about the “butterfly effect” in school, back to our earlier years. A minor modification to the starting circumstances might result in a drastically different conclusion, according to the chaos theory. Notably, in the butterfly effect example, the development of a tornado can be impacted by a butterfly that was several weeks in the past and was fluttering its wings.
You might begin to comprehend the butterfly effect by considering why, for example, the Australian dollar has been weak during the recent weeks. The possible failure of Evergrande, the most renowned real estate developer in China, was the main reason.

Looking at a more famous circumstances, let’s just have a look at EUR/USD currencies exchange:

From that low, the price increased to $1.0790 in the beginning of June before declining once more to $1.04. On July 13, the pair temporarily broke over parity as markets responded to US inflation data. A swift recovery ensued, sending the EUR/USD back over $1.0100.

The main reason of this scenario is The invasion of Ukraine by Russia, that has reduced demand for Euro. The war in Eastern Europe has severely hampered the economic prognosis for the eurozone.

Russia’s oil and gas supply, as well as Ukrainian food, are major sources of energy for Europe. The war and Western sanctions against Moscow have driven up the price of food and electricity. The EU approved a phased-in embargo of Russian oil products over the next six months, and prohibited exports as the West works to lessen its reliance on Russian gas and oil.

As a result, the region’s inflation rate reached record highs, which also negatively impacted the prospects for growth.

Therefore, it is not surprising that there are significant correlations between trading items and events, just as there are relationships between currencies and the worldwide pricing of commodities.
The GDP of nations with sizable deposits of commodities is mostly reliant on the export of raw resources. As a result, their economies are susceptible to changes in commodity prices.
So “commodity currencies” refer to be specific because of their dependence on certain commodities.

Do you think it’s time to start trading commodity pairings we have available? Simply register an account with GWTrade to take advantage of our aggressive spreads and lightning-fast execution.

The GWG website and applications use several types of Cookies, that fall under the following categories: essential, functional and marketing.

These cookies allow us to deliver personalised ads, gather statistics and improve our services and user experience.

This website uses cookies to improve your experience while you navigate through the website. Out of these, the cookies that are categorized as necessary are stored on your browser as they are essential for the working of basic functionalities of the website. We also use third-party cookies that help us analyze and understand how you use this website. These cookies will be stored in your browser only with your consent. You also have the option to opt-out of these cookies. But opting out of some of these cookies may affect your browsing experience.
Necessary Always Enabled
Necessary cookies are absolutely essential for the website to function properly. These cookies ensure basic functionalities and security features of the website, anonymously.
Functional
Functional cookies help to perform certain functionalities like sharing the content of the website on social media platforms, collect feedbacks, and other third-party features.
Performance
Performance cookies are used to understand and analyze the key performance indexes of the website which helps in delivering a better user experience for the visitors.
Analytics
Analytical cookies are used to understand how visitors interact with the website. These cookies help provide information on metrics the number of visitors, bounce rate, traffic source, etc.
Advertisement
Advertisement cookies are used to provide visitors with relevant ads and marketing campaigns. These cookies track visitors across websites and collect information to provide customized ads.
Others
Other uncategorized cookies are those that are being analyzed and have not been classified into a category as yet.
SAVE & ACCEPT
Close
Search

Hit enter to search or ESC to close